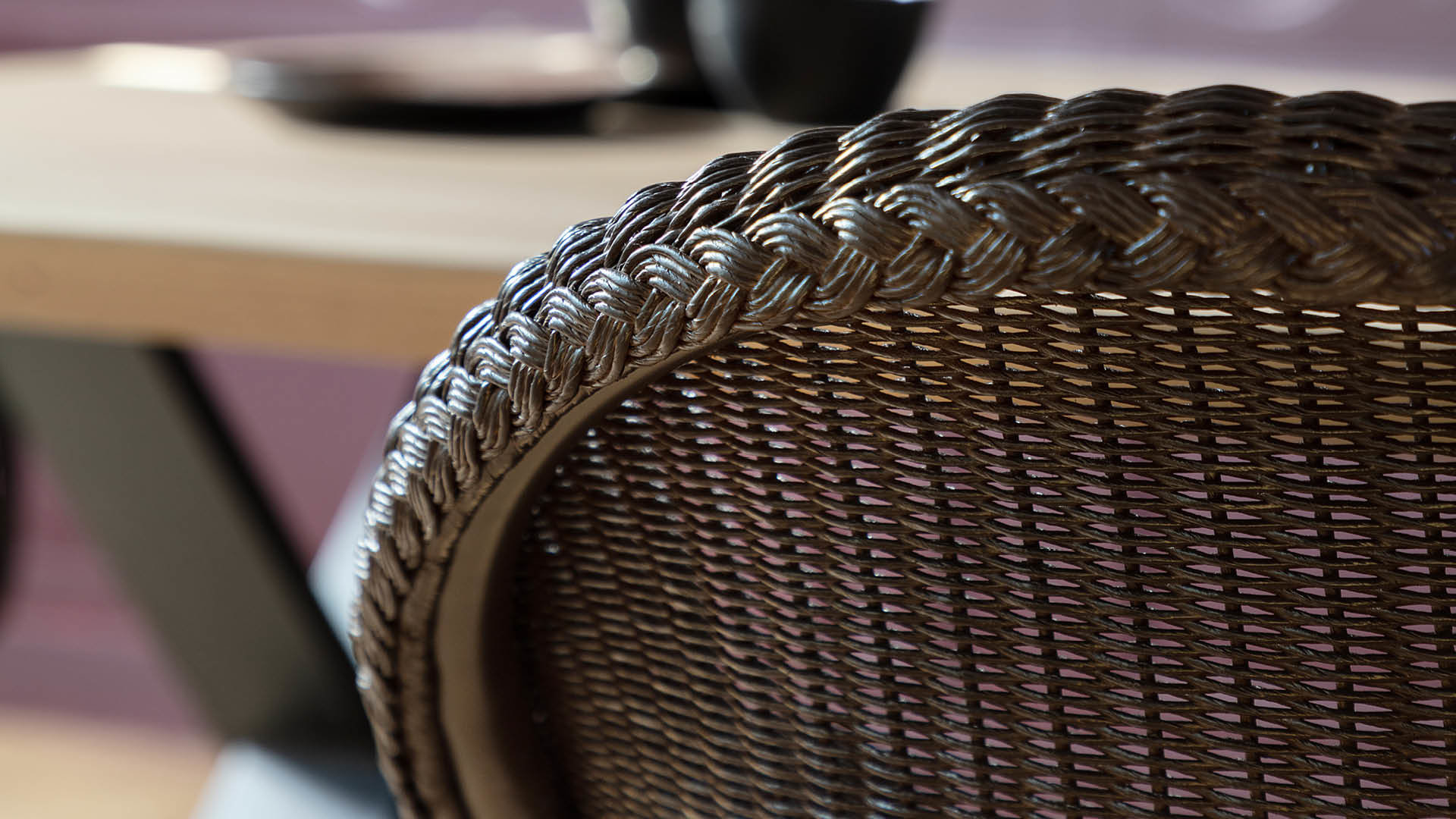 The fascinating history of Loom starts in the United States of America in 1917, during the ambiguous times of World War I. Entrepreneur Marshall Burns Lloyd, who was producing baby carriages and strollers at that time, found himself confronted with a severe drop in the supply of rattan as a result of the war. As an alternative, he invents a technique in which paper is twisted around a metal wire and subsequently machine woven into large sheets of woven paper thread. When putting the material to use in his production of baby carriages, he discovers that this new material is not only much stronger, but also a lot more softer and thus more comfortable than rattan. 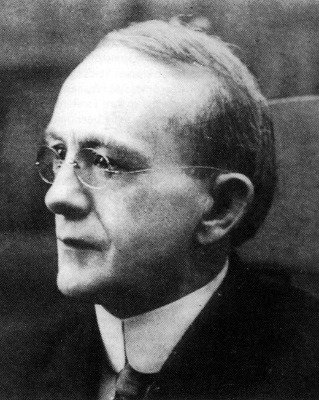 Marshall Burns Lloyd immediately puts his new material to use in his baby carriages. The first Loom products were these charming strollers. Thanks to the industrial production process on large weaving looms, the production time of baby carriages dropped immensely. In addition, the new material solved all previous complaints about the carriages being uncomfortable or not sturdy enough. 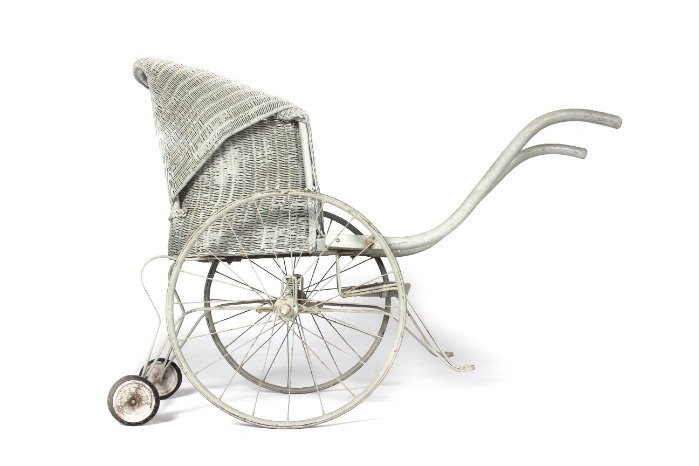 In 1922, Marshall Burns Lloyd sells the UK patent for the Loom technique to William Lusty, a London based merchant with a plan to make furniture out of this innovative material. Lusty develops a unique line of typically English furniture, that soon became all the rage in the UK and the rest of Western Europe. At the height of its success, in the 1930’s, Lusty’s Loom furniture could be found in hotels, restaurants and tea rooms, as well as aboard Zeppelin, cruise ships and ocean-going liners, thus becoming a household name.

Lusty's chapter of success comes to an abrupt end however when his production plant gets hit by an air raid in 1940. Luckily, none of the employees gets harmed as the disaster happened on a Saturday. The plant on the other hand is destroyed completely, causing the end of the first large scale manufacturing facility of Loom furniture. 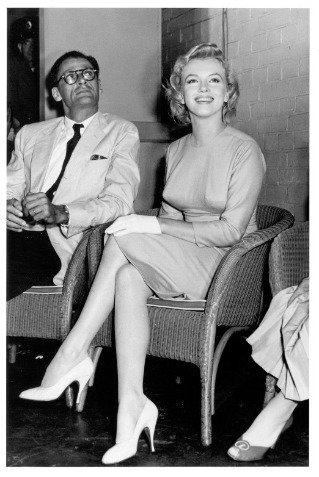 The years after the disaster, the characteristic Loom chairs never lost their appeal and the iconic furniture remained popular amongst many interior lovers. In England, Loom furniture often turns up for sale on fine auctions, as the strong and durable weave keeps its elegant appearance even after decades of daily use.

Marilyn Monroe with husband Arthur Miller on a Loom chair in London Airport in July 1956.

In 1992, Belgian company Vincent Sheppard picks up the thread and establishes an import business of Loom furniture. They manage to breathe new life into the traditional technique and develop an attractive and modern furniture collection. The success is immense.

1995: A PRODUCTION PLANT IN THE HEART OF INDONESIA

Only 3 years later, the tremendous success of the furniture persuades Vincent Sheppard to build their own factory in Cirebon, Indonesia, an area famous for its tradition in weaving techniques and rattan bending. Not wanting to take half measures, the company strived to control not only the design of the furniture but also the entire production process. By setting up a private production facility, Vincent Sheppard eventually became one of the very few vertically integrated Loom manufacturers. 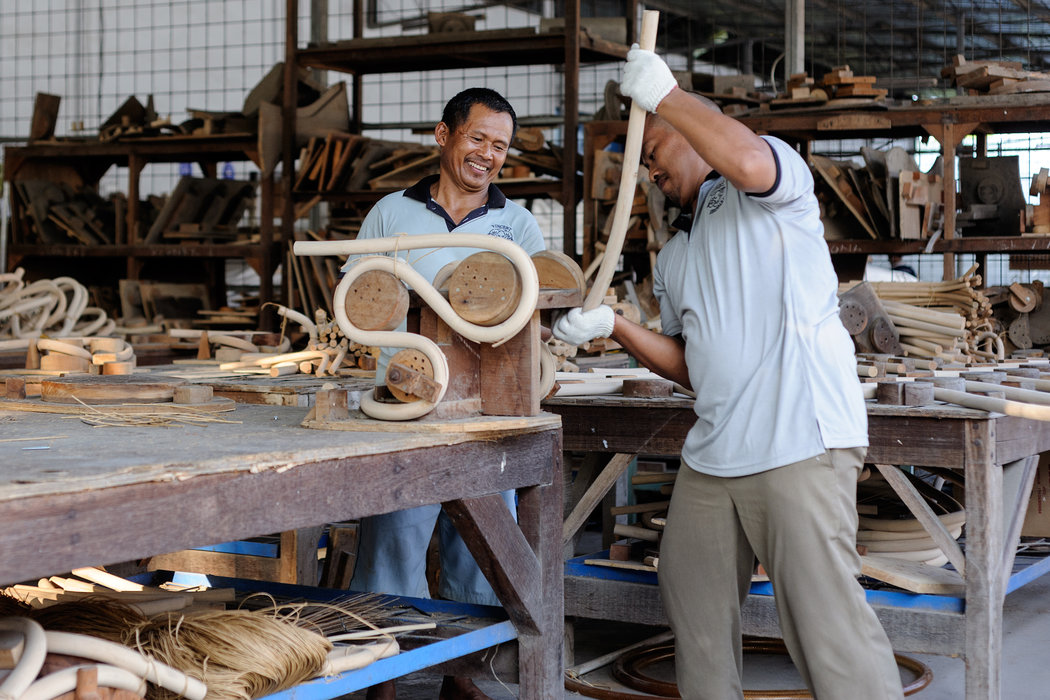 Vincent Sheppard is rewarded in 2013 for its efforts in creating stylish and eco-friendly furniture with respect for nature and men. They are certified by the Forest Stewardship Council®, a symbol of environmental, social and economic responsibility.

Today, Vincent Sheppard is a thriving, healthy company with a clear focus on the future. We build on our strong history and invaluable expertise to keep on offering unique and timeless designs that will last a lifetime. Our brand stands for exceptional seating comfort, high quality, and durable materials. Next to the famous Loom weave, we also make use of other materials, like rattan, oak, beech and teak wood, along with steel and aluminium, that fit with our DNA of craftsmanship, quality and distinctive design.